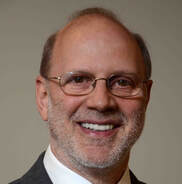 William A. Yasnoff, MD, PhD, founded HRBA in 2006, was its previous President and CEO, and is now the Chair of its Advisory Board. Dr. Yasnoff, a well-known national leader in health  informatics, heads a consulting firm that helps communities and organizations successfully develop health information infrastructure systems and solutions, and universities to  organize and grow academic informatics programs.

Previously, as Senior Advisor, National Health Information Infrastructure (NHII), at the U.S Department of Health and Human Services, he initiated and organized activities leading to the President's creation of the Office of the National Coordinator for Health Information Technology, establishing the NHII as a widely-recognized national goal.

Earlier, he implemented the nation's first successful statewide immunization registry (in Oregon), then spent five years at CDC as a pioneer in the field of public health informatics, organizing the first national consensus agenda-setting conference in 2001 and co-editing the textbook Public Health Informatics and Information Systems.

Dr. Yasnoff earned his Ph.D. in computer science and M.D. from Northwestern, received an honorary doctorate in public health from the University of Louisville in 2006, and was elected a Fellow of the American College of Medical Informatics in 1989. 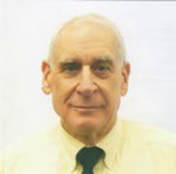 Mr. Marks practiced law in Washington, D.C. from 1972 to 2003. His practice included litigating intellectual property, privacy, freedom of expression, and security issues; advising and litigating on behalf of telecommunications companies; negotiating and enforcing contracts for outsourcing or acquisition of large computer systems; and advising on health information privacy.  Mr. Marks successfully argued the first case declaring a part of the Communications Act unconstitutional, and in 1998, in the U.S. Supreme Court, he argued and won a landmark First Amendment–free press case concerning televised political debates.  He also represented the American Association for the Advancement of Science in a friend-of-the-court brief before the U.S. Court of Appeals in a case challenging export restrictions on encryption source code.

Mr. Marks has published extensively on security and privacy issues, and has been a speaker on personal health records, health record banking, and information security and corporate governance as it relates to privacy and security.  Mr. Marks is a member of the American Law Institute, and he was an American Bar Association member of the National Conference of Lawyers and Scientists.

Mr. Marks served in the U.S. Army, including a tour in Vietnam as a Captain in Military Intelligence.  He holds an Airline Transport Pilot certificate and is a certified flight instructor.  He earned a B.A. from the University of Virginia and a J.D. from Yale Law School. 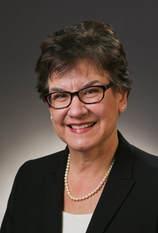 Susan is an author, speaker and policy advocate for healthcare solutions that are mobile, personally connected, interoperable, personalized and mass customized. She co-leads the Alliance for Nursing Informatics Consumer e-Health task force and has served on the joint HHS ONC HIT Policy and Standards Committee’s Consumer Health Advisory workgroup. She has been a member of the Learning Health System Policy and Governance task force, the ONC Consumer Technology and Content Standards Workgroups, the Tiger Initiative Foundation board, and the National eHealth Collaborative Consumer advisory board. Susan co-chairs nursing policy with the American Medical Informatics Association Nursing Informatics Workgroup. 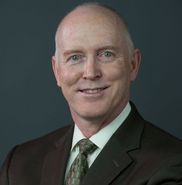 Treasurer - John H. Varga, MD, MHSA, FACS, CPE, CPHIMS, PMP
Dr. Varga received a BS and an MD from the Ohio State University; and an MHSA from the George Washington University.  He is a Board Certified Ophthalmologist and Clinical Informaticist and has completed fellowships in Ophthalmic Pathology and Cornea surgery.

Dr. Varga served 20 years’ active duty in the U.S. Navy and has worked in the healthcare information technology industry with 3M Health Information Systems, Cerner Corporation, EDS/HP, and as an independent consultant with the Defense Health Agency and Veterans Health Administration.

Dr. Varga joined InterSystems Corporation in 2016 as the Chief Medical Officer, Public Sector.  He is responsible for providing clinical expertise for accounts in State and Federal governments, including Departments of Defense, Veterans Affairs, Indian Health, Coast Guard and Health and Human Services.